The  One Million Stars Ireland project is a community arts project that connects our community through the craft of weaving stars. Each star represents light, hope and solidarity against violence. The OMS Project was brought to Ireland in 2019 by art therapist Siobhan McQuillan (Arts Reach Ireland) and Amber Refuge Kilkenny. The project was launched during the 16 Days of Activism at Newpark family Resource Centre Kilkenny. In the past year we have reached out to many communities and woven around 30,000 stars in Ireland. Together we aim to weave One Million Stars and bring the project to the whole of Ireland. Join us on our weaving journey. 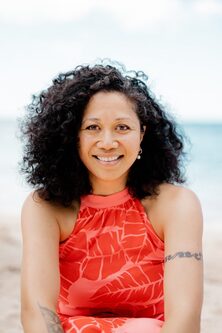 COMMUNITIES OF CHANGE
Maryann Talia Pau tells her story of the founding of the OMS project and how it has become a global movement , spreading light, hope and solidarity against violence throughout the world.

ONE BILLION STARS PROJECT FOUNDER
The project began in Australia in 2012, Samoan artist Maryann Talia pau began weaving the eight-pointed stars as a response to the murder of an Irish woman living in Melbourne. Australia have already reached one million stars and now it is a global movement with over four million stars worldwide www.onebillionstars.net
“Building community connections and creating a safe sense of belonging is the heart of our star weaving movement. Every time a person weaves a star, they are expressing their hopes, dreams and concerns. Weaving stars helps us to feel less alone, less overwhelmed by the enormity of violence and more confident to face the next step.” Maryann Talia Pau
Videos to get you started with your star weaving.